How do you value money?

I recall having an interesting conversation with a few buddies of mine while we were deployed to a garden spot in Iraq. For those who’ve been in the military, even if you haven’t been deployed to combat zones and only participated in firing ranges and training exercises, you are undoubtedly familiar with the sight and unmistakable aroma of porta potties or porta johns…”affectionately” called in military parlance as shitters. 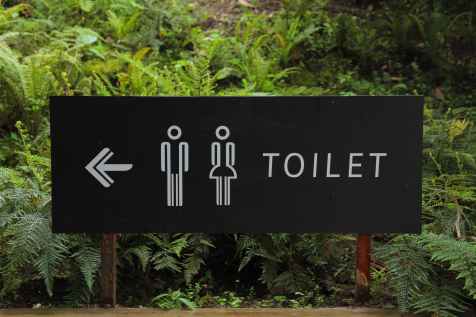 Well, there we were…waxing philosophical shortly after a wayward enemy mortar fire hit a porta john. We thought, that would be a “shitty” way to go, had one been in that porta john when that mortar round impacted. That conversation led to a question…”what denomination in dollars would you be willing to fish out of a shitter?” Is it a $1 bill…a $5 bill or not until it hit $100 bill? My initial reaction was…No way! Not for a million dollars. Others opined they would pick up a $1 bill, and others said not until it is a $50 bill. Then I got to thinking about it…and softened my stance. I said I would pick up a $20 bill partially submerged in human feces…and emphasis on partially. It made me wonder, however, if I would fish out a smaller denomination if no one would ever know about it.

How about you? What is the smallest denomination of US currency would you be willing to fish out of a porta potty?

Would your answer change if no one would ever find out about it?

So…what do you think this says about you and how you value money?